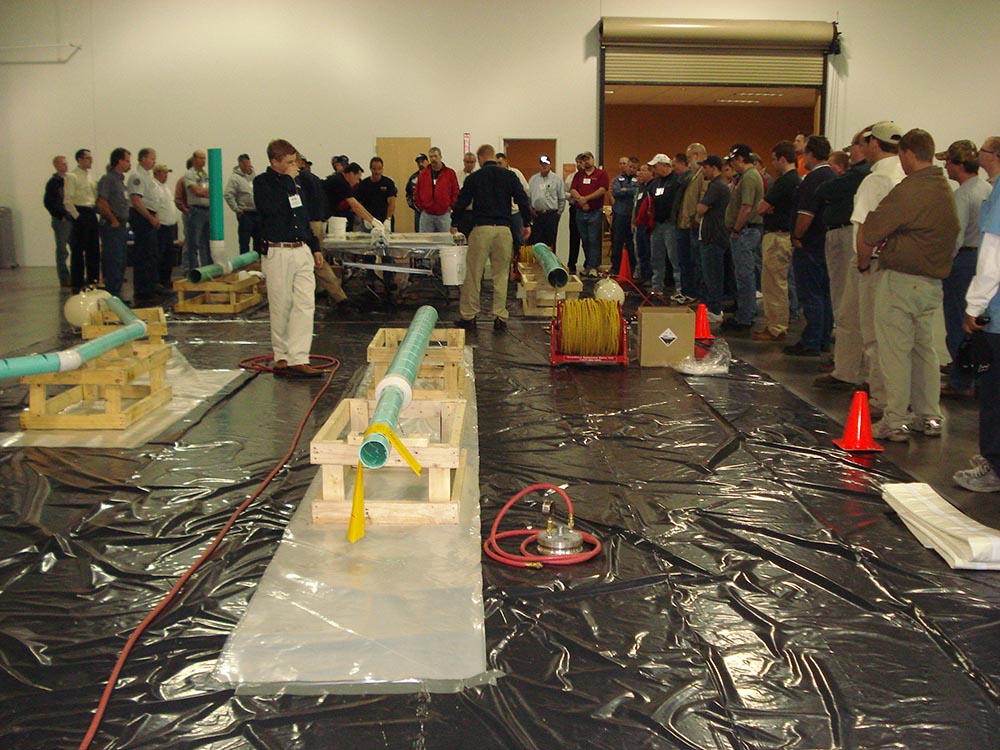 In an effort to unclog a large sewer that runs along the riverfront, the City of Davenport has brought in engineers to do a veritable job.  This involves flushing the sewer, 20 ft. underground.  The City has determined that the cause of this year’s flash flooding is primarily due to an obstruction in the sewer system.  It has been in the forefront of the City’s plans, for over a year, to solve the predicament of flash floods, which has been a concern for Davenport’s residents. It is suspected that a buildup of sediment is most likely the cause of the blockage. The estimated timeframe to clear the clogged sewer is approximately one week and will be done through a process called jetting. By which water will be pulled from the river, run through a filter which will then force it toward the plug. The water is then expelled through pipes and discharged back into the river.  Workers on this detail have evaluated the pipe and believe it to be 80-90 percent blocked.  There have been new manholes installed to provide a safe access for underground maintenance.

The 88th Annual WEFTEC (the Water Environment Federation’s Annual Technical Exhibition and Conference) is taking place at McCormick Place in Chicago, Illinois, from September 26-30, 2015 and Perma-Liner Industries will be there!  Come check us out.  We will be at booth #804 and we’d like to provide info, as well as, answer all of the questions you may have about trenchless, Cured in Place Pipelining.  It’s our specialty and we want to share it with you.  The conference is the largest conference of its kind in North America and offers water quality professionals from around the world with the best water quality education and training.